Concap TURBO is specially developed for times when you need to get the most out of your body. Concap TURBO is a sequel to the successful formula of Concap Bomba and Energy Shock.

The difference is that the TURBO develops to give a quick energy surge, where the other two issue for several hours energy. Concap TURBO operates at maximum power for half an hour. Ideal for short athletics, basketball players, football players, but also cyclists can still use an extra kick in the deep-finals.

Concap TURBO contains a high dose of Guarana, combined with Rozenwordel and St. John's Wort. In addition, there was also peppermint and other ingredients are added in order to put a maximum open the lungs. record by opening the lungs can logically more oxygen and therefore the performance will support. Guarana work very strongly on the concentration and maximum power. 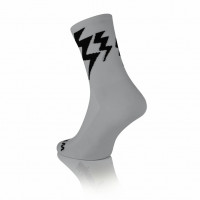 The Lightning CX Gray Socks has a closed structure and is thicker than the prolen sock. The addition of cotton makes the material somewhat rougher and ... 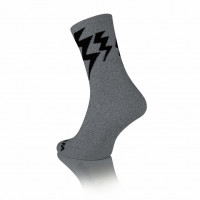 The Lightning Merino Socks are warm socks made of the softer and thicker material merino wool. Not really suitable if you have super tight shoes that ...

Cycling socks should be comfortable. Our Lightning Prolen Cycling Socks are not only beautiful, they are also great. Thanks to the open structure at the ...

Cycling socks should be comfortable. Our Lightning Prolen Cycling Socks are not only beautiful, they are also great. Thanks to the open structure at the ...